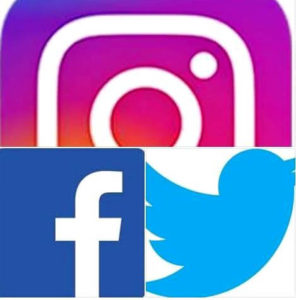 Social Media In Compensation Claims –  Or  “How Your Facebook Feed Can Ruin Your Life!”

There’s no nice way to dress this up; Telling lies at court is a very serious business!

So the explosion of social medial has created a whole new category of potential problems  for lawyers and their clients.

We live in a social media age, and young people in particular work on the basis that “if there are no photos it didn’t happen”.

Which is all absolutely fine.

Until you find yourself being cross-examined at court as to why your Facebook photos completely contradict your evidence!

Insurers routinely look at the social media posts made by Claimants and their friends before settling cases.

They are looking for any obvious inconsistencies between the claim being put forward and the comments or images posted on social media.

The insurers want to check whether or not the incident happened at all.

They also want to check whether the incident happened in the way that’s being suggested.

And they also want to know whether the incident was as serious as is being claimed.

Insurers have become very successful at investigating what they consider to be “dodgy” claims.

Claimants who claim to be badly restricted by an injury but then post photographs from their fun runs, five-a-side football games or bungee jumps can face some very awkward questions!

If the court decides that a claim is “fundamentally dishonest”  there can be a number of very unpleasant consequences.

The court can order the Claimant to pay thousands of pounds in legal fees out of their own pocket.

And this is happening more and more frequently.

In extreme cases the court can also take the view that there has been contempt of court or an attempt to pervert the course of justice.

In that kind of situation the Judge is likely to report the case to the criminal authorities.

And that can lead to a world of trouble.

In October 2017 a a couple from the Wirrall were jailed after the collapse of their bogus “holiday sickness” claim .

Unfortunately for them their social media feed boasted of a trip filled with “sun, laughter and fun”.

Their claims were dismissed they were ordered pay thousand of pounds in legal fees.

The couple were then jailed for between nine and fifteen months.

We have dealt with hundreds of successful claims for young ladies who have had their hair badly damaged by a careless hairdresser.

But it’s difficult for us to support a claim that “the hairdresser ruined my life” if Instagram shows our client smiling happily in a nightclub on the day of the trip to the salon.

Insurers have also caused problems by finding photographs that suggest clients have have used other colours or products which may have damaged their hair after leaving the salon.

Of course, social media can work in reverse too!

If your opponent has said anything foolish social media this can be used to help prove a claim.

At Mulderrigs we handle lots of claims for amateur footballers who are badly injured by reckless challenges.

And it is not unheard of for an offending player or his team mates to take to Facebook to boast about what they have done.

We do love it when that happens!

Our advice is very straightforward.

Clients who are completely truthful should have nothing to fear from the contents of their social media posts.

But all the same clients should always take simple and sensible precautions on social media.

– Never engage with your opponent on social media  – a noisy slanging match is only likely to cause problems.

– If you are involved in a claim consider altering your privacy settings so that only friends and family can see your posts.