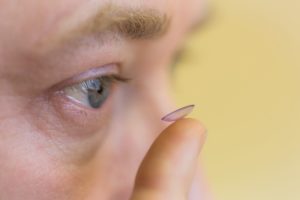 Mulderrigs recently settled a clinical negligence claim on behalf of a client who suffered a severe eye infection after a doctor’s misdiagnosis.

Mr Nelson, a regular user of contact lenses, developed a painful irritation in his eye one day. Mr Nelson’s optician thought that the symptoms could suggest a serious problem and referred him to a hospital immediately.

Whilst at the hospital an eye specialist told Mr Nelson that he had suffered a simple corneal abrasion which would clear up with some eye drops. The doctor then removed Mr Nelson’s contact lenses and discarded them without performing any tests.

Unfortunately, Mr Nelson’s symptoms continued to deteriorate and the pain became severe so he went back to see his optician again. By this time Mr Nelson’s optician was extremely concerned and arranged for an urgent referral to the eye department of a different hospital.

The second hospital immediately diagnosed Mr Nelson with an eye ulcer that was severely infected.

After receiving the necessary treatment Mr Nelson contacted Mulderrigs to see if he had a claim against the original hospital.

Mulderrigs obtained supportive expert evidence confirming that the first hospital had been negligent and had not properly examined Mr Nelson’s eye, tested his lenses or treated his symptoms adequately.

The hospital denied liability and Mulderrigs had to issue court proceedings.

Shortly before trial however the hospital admitted that they made a mistake and agreed to pay Mr Nelson £4000 in compensation.

By Jack Taylor (on work experience)