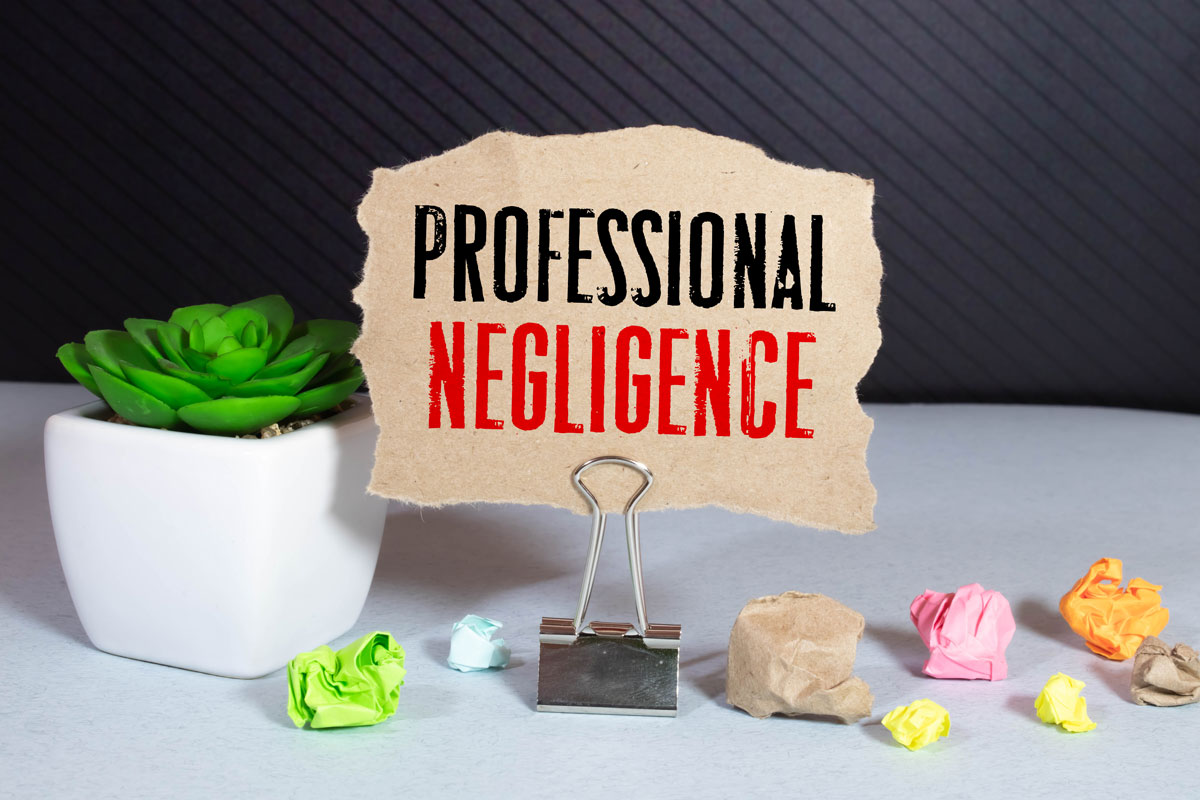 It’s always a bitterly disappointing blow to be unsuccessful in a legal case, but finding out that your legal representatives were negligent can make matters even worse. Whenever you deal with a solicitor it’s reasonable to expect that they will represent you with a reasonable level of skill and competence. And whilst most solicitors do, sometimes solicitors can badly let down their clients.

When things like that happen, Mulderrigs can help. We’re experienced in all kinds of professional negligence cases against solicitors, and we can help you to get justice where you’ve previously engaged lawyers who simply haven’t done their job competently.

Suing solicitors can be a complicated legal process. In order to make a successful claim it’s necessary to show that the solicitor’s work on your case fell below the standard that any competent solicitor would have achieved. That may sound pretty straightforward, but in practice it can be very difficult to prove.

Many law firms simply don’t have experience to deal with these claims. Mulderrigs has an extensive history of bringing successful claims against negligent solicitors, particularly where the original case was a claim for personal injury compensation. We understand not only the legal requirements for these sorts of cases, but also the practical steps that increase the prospects of a successful result.

Mulderrigs recently represented a motorcyclist who was left with life-changing injuries as a result of an accident caused by a careless driver. The solicitors representing our client failed to visit him throughout the entire process; they didn’t even take statements from witnesses or medical experts who could have supported our client’s claim. They then advised him to settle his case for hundreds of thousands of pounds less than he deserved.

We helped him sue his former solicitors. We were able to demonstrate that they had failed to act with reasonable care and had made multiple serious errors which had led to a completely inadequate settlement. Whilst no award of damages will ever compensate for the suffering he experienced, we were able to win him half a million pounds in respect of his original solicitors’ negligence – an appropriate sum and a just result.

We also represented a client who’d been seriously injured in a workplace incident when a crane toppled over on a dockyard.

His original solicitors failed to take any of the basic steps that would be expected in such a serious injury case. In essence, they “sat” on the case for three years – an astonishing act of negligence that led to the claimant missing crucial deadlines and the case being struck out by the court. As a result they didn’t recover any compensation at all for our client. We obtained the file of papers from the former solicitor and investigated what had gone on.

We undertook all the work which should have been done in the first place – investigating the accident and obtaining expert medical evidence – and then brought a claim against the original solicitors. In light of the strength of our client’s case against them, the solicitors settled for approximately £240,000 plus costs.

We recently represented a couple from Lancashire who’d instructed conveyancing solicitors when purchasing a house in the countryside near the town. The conveyancers failed to check the services to property during the purchase, and when our clients moved in they found to their dismay that there was no proper water supply. If the conveyancers had taken the reasonable care when investigating the title to the property this would have been discovered.

We were able to bring a negligence claim against them on behalf of our clients which resulted in an out-of-court settlement for £12,500, which went a long way towards restoring a proper water supply to the clients’ property.

Case study: The garden’s not included!

Mr Kane wanted to move out of London to find a house with some land where he could keep horses. He found the perfect house in Hertfordshire. He thought the house included a large paddock at the back which was suitable for keeping horses. But, unknown to him, the paddock wasn’t included in the title. Mr Kane’s conveyancing solicitor failed to check the title deeds properly as the purchase was going through. As a result Mr Kane only discovered the truth about the property after completing his purchase. The solicitor had a clear legal duty to conduct the work with a reasonable professional skill. And failing to spot that the paddock was not included was clear evidence of negligence. So Mulderrigs agreed to represent Mr Kane and we agreed to act on “no win no fee” terms.

Initially, the solicitor would not admit liability, which was very surprising in view of the obvious error. So we issued court proceedings for our client. The insurers for the negligent solicitor then agreed to negotiate with us and Mr Kane accepted an offer of £35000 in settlement of his claim.

Have you been let down by negligent solicitors? Call Mulderrigs today.

As the above shows, Mulderrigs is a highly experienced firm in this niche area. If you’ve been let down by negligent solicitors, it’s important not to make the same mistake twice. Contact Mulderrigs today to see whether we can help with your claim.