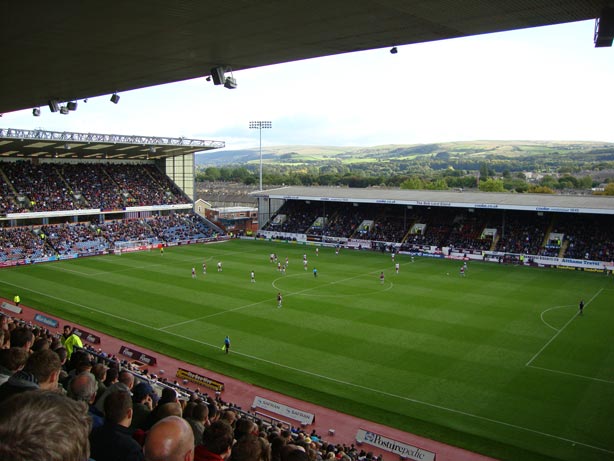 We’re probably getting ahead of ourselves here, but we reckon the Clarets are going to survive in the Premier League….

And if that ain’t worth celebrating we don’t know what is!

So we’re giving away a bottle of Taittinger Magnum Brut Reserve.

For your chance to win just email [email protected] with the code-phrase:-

Last month’s winner of our draw for the Hendrick’s Gin was Neil Scrivener from Rossendale.  Well done to Neil…….We’ll be reminding him to drink responsibly!

Thanks to everyone else who took part, and Best of Luck this month!

Mulderrigs have been proud supporters of Rossendale Rays Special Needs Swimming Club since its formation 11 years ago.

Rossy Rays organises weekly “family fun” swimming sessions at Marl Pits pool in Rossendale every Sunday afternoon and caters for members with all manner of physical and/or intellectual challenges…. These guys are our heroes!

Our gaffer Paul Mulderrig and the other intrepid members of Team Rays have been saddling up their mountain bikes on an annual basis for over ten years to raise brass for the club;  around £50,000 has been raised in total.

But here’s the thing… It costs £12,000 a year to keep our fab members swimming, so we need to keep the money coming in.

We’re off in to the Lake District fells once again at the beginning of May for the 2017 event.

If you can spare a shilling or two to support our efforts we’d be jolly grateful :)

£4000 Settlement for an injured worker

Mr Hillman was involved in an accident at work.

He works as an engineer building machines for the packaging industry and a large part of his job involves adapting components to fit his employer’s machines.

One day he had to use a wide belt sander but in breach of the safety regulations it didn’t have either a guard or a “dead man’s switch”.

He ended up catching his middle finger on the moving belt and suffered a nasty laceration.

It was clear to us that the employers were in breach of their duty to take care for his safety and we took on the claim against their insurers.

Fortunately Mr Hillman went on to make a reasonable recovery.

We recently helped him settle his claim for over £4000.

If you know someone who needs advice about an accident at work please put them in touch.