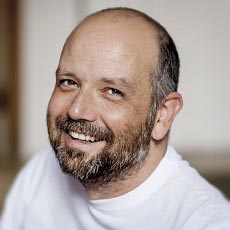 Mr Castle was riding his BMW motorcycle along the A64 near York on his way to meet his wife at their holiday caravan. He was riding in the outside lane and passing a van which suddenly turned across his path and he was knocked from the bike.

Our client suffered multiple injuries, including a very severe brain injury. He was in hospital for several months, then a rehab unit for another long period before being allowed home to his wife. He will never be able to return to his work as a joiner and will require constant support.

It turned out that the van driver had missed his turn off and was lost. He had been on his mobile phone and then pulled out without looking as he tried to make a u-turn  through a gap in the central reservation. He was later convicted of dangerous driving but to our amazement he avoided being sent to prison.

We took on the claim against the van driver’s insurance company who initially tried to argue that our client was partly to blame, and then even argued that he didn’t have his helmet properly fastened.

We appointed a QC to represent our client, brought High Court proceedings and proved that the van driver was 100% to blame.

We then negotiated a massive interim payment so that our client and his wife could buy a specially adapted bungalow.

Once our client was settled in his new home we gathered final reports from neurosurgeons, psychiatrists, housing and care experts, and then arranged a Settlement Meeting with the insurer’s lawyers where we negotiated a settlement which will be worth over £3.5M over the remainder of our  client’s lifetime.