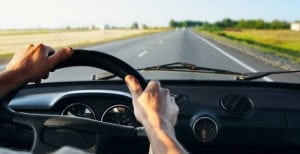 Insurers Penalised For Messing About In Car Accident Claim

Mrs Wilson was a passenger in her husband’s car when they were involved in a bump  whilst driving from Burnley to Rawtenstall.

A careless driver pulled out of a side road and caused a collision. Their car spun round in the road and hit several parked cars on the other side of the road.

Mrs Wilson sustained a fracture to one of the discs in her spine.

The insurers for the other driver admitted liability quickly but then messed our client about in a completely unreasonable fashion.

The independent medical evidence said that Mrs Wilson would have  long term problems with her injured back, and she also suffered quite serious psychological trauma.

We made a sensible settlement offer to the insurers but they made an offer of only half of what we had asked for.

We tried to negotiate sensibly but the insurers just would not budge so we had to bring court proceedings.

At a hearing in Burnley this month the Judge awarded Mrs Wilson £16,000 which was more than she had offered to accept!

And because the insurers had failed to negotiate sensibly they were ordered to pay penalties which added a further £2000 to our client’s compensation.

Mrs Wilson was delighted with the result, especially because the insurers were penalised for refusing to negotiate properly and dragging the case out.

Well done to her!

We’re giving away some more plonk this month.

Given that this newsletter goes out on Halloween you’ll need to email the code words:-

to [email protected] and we’ll stick you in our draw for a bottle of Laurent Perrier.

Congratulations to the winner of last month’s draw… an old Liverpool-supporting mate of ours… Graham Millie.

Good Luck in this month’s draw!

Mrs Stowe from Cornwall visted a new dentist just for a check-up.

But while she was there the dentist suggested that she should have a bridge fitted to cover a gap where a tooth had been removed.

Mrs Stowe had never even considered having this work done but she agreed to go ahead.

But the dentist made a dreadful hash of the work and Mrs Stowe had a succession of problems with the new bridge for two years.

Eventually she was seen by another dentist dentist . He said that the dentist who had fitted the bridge had left the practice and he admitted that the work done on her bridge was “a mess”.

Mrs Stowe had the bridge removed at another practice and underwent further remedial work which cost £2000.

We took on her claim against the negligent dentist and agreed to work on “no win no fee” terms.

We instructed an independent dentist to prepare a detailed report about the negligent treatment Mrs Stowe had received.

The insurers for the negligent dentist accepted responsibility for the damage and just this month they agreed to pay Mrs Stowe £8000 in settlement of her claim.

(The names of the clients used in this newsletter have been changed).