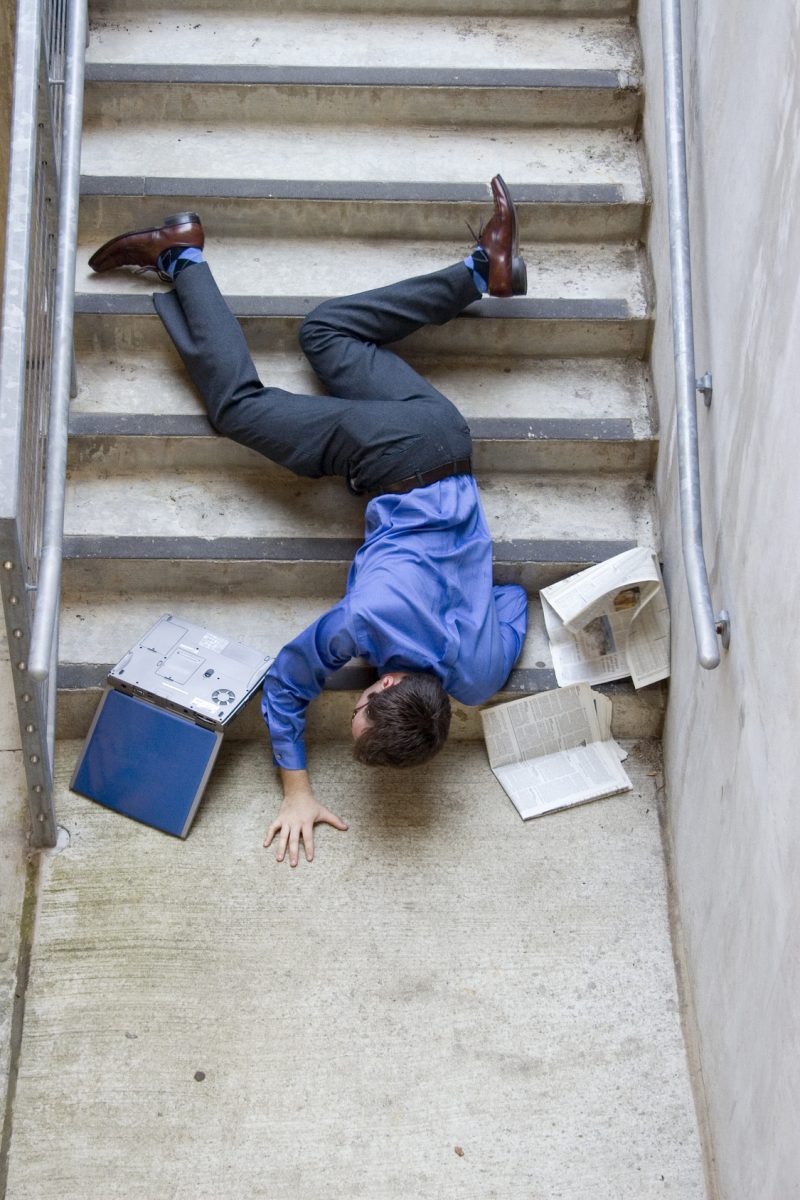 Greg Painter from West Yorkshire works as a self-employed electrical contractor, installing cables on all sorts of construction sites.
He was working on a major contract to refurbish a large London town house when he was involved a nasty accident.
He was coming down the stairs on the site when he tripped over an electrical cable and fell.
Greg suffered a fracture of his knee and needed surgery to repair the damage. He was then off work for several months.
A friend put him in touch with Paul Mulderrig and we agreed to deal with his case on “no win no fee” terms.
The case initially seemed straightforward but then things started to get a bit weird!
The insurers alleged that Greg had taken an accidental tumble and then arranged the cables in the stairs afterwards to make them look like hazard.
You would only need to spend five minutes in Greg’s company to know that he’s an honest and straightforward lad.
So we cracked on with court proceedings and slowly dismantled the insurer’s evidence.
With the case approaching trial the insurers agreed to negotiate with us.
We then helped Greg settle his case for £18,000 earlier this month.
But there is a growing trend for insurers to make outrageous  allegations that claims are “fundamentally dishonest” .
It’s a disgraceful way for insurers to behave.
And whatever the insurers may try to do, here at Mulderrigs we will always fight to ensure that our clients get the results they deserve.
If you know someone who may need advice about an accident please don’t hesitate
to put them in touch with us.
*The name of our client has been changed.