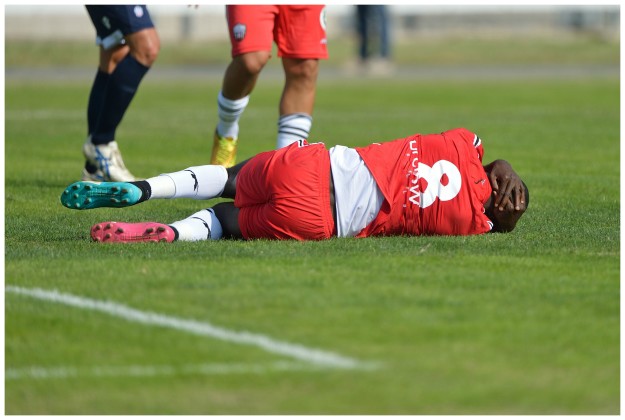 Semi-professional footballer Mr Thomas was left with a serious knee injury after suffering a late and dangerous tackle during a Football Conference South match.

Mr Thomas was contesting a bouncing ball when an opposition player lunged at him with his studs raised, connecting forcefully with Mr Thomas’ right knee. The impact caused serious damage to Mr Thomas’ knee ligaments.

The match referee had a clear view of the incident and had no hesitation in immediately issuing the offending player with a straight red card.

Read the full details of his case here.