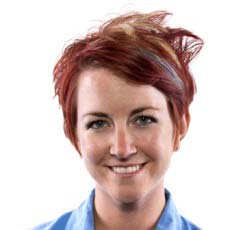 Mulderrigs brought a successful claim for unnecessary dental work on behalf of Mrs Fitzgerald from  Manchester.

She attended an emergency dentist appointment with pain in one of her wisdom teeth.

But the dentist decided to put a filling to a different tooth.

When she went back to her normal dentist later it became clear that the filling had been completely unnecessary.

Mrs Fitzgerald then had the troublesome wisdom tooth removed and her symptoms cleared up.

She then instructed Mulderrigs to deal with her claim against the negligent emergency dentist.

Joanne Smith took on the case and agreed to act on “no win no fee” terms.

We obtained an expert report from an independent dentist confirming that the filling had been unnecessary.

Then we sent a detailed Letter of Claim  to the emergency dentist.

The the dentist’s insurers denied liability.

So we had to bring court proceedings on behalf of our client.

But as we approached a trial the insurers agreed to negotiate.

As a result we were able to help Mrs Fitzgerald reach a substantial settlement for all the pain and distress she had been caused.