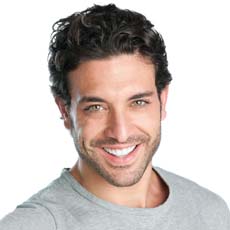 Bryn Johnson from Rawtenstall  asked Mulderrigs to deal with his fall from height  accident claim.

He was training to be a tree surgeon when he was badly injured while working at a height of several metres at a garden in Loveclough.

Bryn hadn’t been given any proper training,.

But his employer sent him to trim the top of a fourteen foot hedge.

Bryn was told to stand on the top of the hedge because there were no ladders long enough to reach and the company did not have a scaffold tower or cherry picker able to reach that height.

He was using petrol hedge trimmers trying to cut the hedge when he fell through the hedge but escaped without injury.

Unbelievably, Bryn’s boss then told him to go back up and finish the job.

Bryn then fell again, but on this occasion he was not so lucky.

The hedge trimmers he had been using cut into his hand as he fell.

As a result he suffered deep lacerations to his hand.

The employers were clearly in breach of their duties under the Work at Height Regulations 2005 (WAHR).

So we took on the claim and agreed to act on “no win no fee” terms.

The insurers for Bryn’s employers initially denied any wrongdoing so we issued court proceedings.

But as the case was getting close to trial the insurers agreed to negotiate.

Bryn then accepted an offer of £6500 in settlement of his claim.