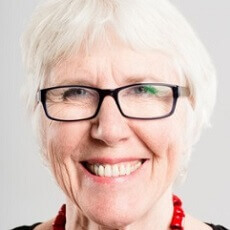 Sarah Fowler asked us to represent her in a supermarket slipping claim.

She had been shopping at her local Asda to pick up a bottle of wine and some other shopping.

But as she was leaving the store after paying for her shopping she suddenly slipped and fell to the floor.

As a result of the fall the bottle of wine smashed and Sarah suffered a nasty cut to her calf which needed 14 stitches.

And when she examined her shoes at the scene of the accident she could see that they were greasy and slippery from the remains of some spilled fruit.

The Law On Making A Supermarket Slipping Claim

Supermarkets have a legal duty to take care for the safety of  shoppers.

They should have an effective system of checking for and then clearing away any spillages.

And the entrance area of any supermarket is notoriously hazardous because of the high volume of shoppers coming and going.

In Sarah’s case it seemed clear that the supermarket hadn’t been operating a safe system of inspecting the entrance area for spillages.

So we agreed to represent her on “no win no fee” terms.

We sent a detailed letter of claim to the supermarket

But they denied any responsibility for the accident and claimed to have a reasonable inspection system in place.

So we brought court proceedings on Sarah’s behalf.

Witness statements and documents were exchanged and we remained convinced that Sarah had a strong case.

But the supermarket continued to deny responsibility.

So the case went to trial.

After considering all the evidence the Judge agreed that the supermarket hadn’t been operating a safe system of checking for spillages.

So he found in favour of Sarah and awarded her over £14000 in compensation.

(*The amount of the award has been adjusted for inflation).