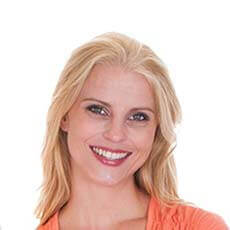 Jane Johnson from Droylsden asked us to deal with her supermarket accident claim following a serious accident at her local store.

She had called into the supermarket one evening to buy some dog food.

The shiny floor covering was being mopped inside the supermarket and Jane turned away intending to come back later.

But one of the store assistants invited her in.

There were no wet floor signs on display in the aisle where the dog food was on display.

But as Jane walked down the aisle both feet slipped from underneath her and she fell on the floor.

Jane was in a lot of pain and an ambulance had to be called.

The Law On Making A Supermarket Accident Claim

Supermarkets have a legal duty to take care for the safety of  shoppers.

Mopping and cleaning should be carried out when the supermarket is closed.

And when that can’t be avoided the supermarket should take great care to make sure that shoppers don’t walk on slippery floors.

So we were sure that the supermarket were in breach of their duty.

We agreed to take on Jane’s case and represented her on “no win no fee” terms.

The insurers for the supermarket admitted that they were partly at fault, but they claimed that Jane was also partly to blame because she knew the floor was being mopped.

We rejected that argument – after all, one of the staff had actually invited her in!

It emerged that Jane had a fracture of her right femur and she had to undergo surgery to insert metalwork.

Jane had a long history of previous problems with her injured leg.

And at the time of the accident she was recovering from surgery to her right knee. The accident in the supermarket set back her recovery from that operation.

So we arranged to obtain a specialist medical report in relation to Jane’s injury and then disclosed it to the insurers.

The insurers then agreed to negotiate sensibly and Jane accepted a settlement offer of £20000.