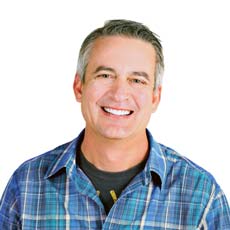 Mr Rideout suffered serious head injuries as a result of an accident at a hotel in Great Yarmouth.

He was sitting on a chair on a balcony which toppled over backwards and he was thrown down into a concrete stairwell, suffering a serious head injury.

He approached a “claims management company” about claiming compensation for his injuries, and they appointed solicitors to represent him.

Sadly, the solicitors made a hash of the entire case.

The negligent personal injury solicitors then pressured Mr Rideout to settle his case for £50,000 when it should have been perfectly clear that the claim was worth much, much more.

Paul Mulderrig agreed to take on the claim against the negligent solicitors.

We obtained all the witness evidence and expert medical evidence that should have been gathered in the original claim and then brought court proceedings on behalf of our client.

The insurers for the solicitors denied responsibility for a long time, but we were determined to pursue our client’s case to a trial, and a few days before the trial came up the insurers agreed to pay Mr Rideout £65,000 in compensation.