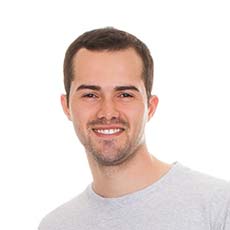 “Fall from height” accident results in £53,000 settlement for Rossendale client

He was employed as a school caretaker in Rawtenstall and was asked to trim the branches of a tree in the school grounds that was causing a danger to pupils.

Mr Payton was expected to work from a ladder whilst using a chainsaw to cut the branches.

The ladder was unstable and kept wobbling from the vibrations from the chainsaw as he tried to work.

A colleague initially stood at the foot of a ladder to support Mr Payton but then wandered away without telling him.

As Mr Payton continued trimming the branches the ladder shook violently and he felt himself falling.

In a split-second Mr Payton managed to throw the chainsaw in a different direction and jump to the ground.

He landed heavily on his left foot and fractured his left heel as well as several other bones in his foot, leaving him with permanent damage which requires him to wear specialised footwear.

Mulderrigs took on Mr Payton’s claim against the education authority.

The Work at Height Regulations 2005 (WAHR) impose a strict duty on employers when workers are asked to work at height.

The breach of duty in this case was very clear to us.

The conditions Mr Payton had been asked to work in were about the most dangerous we have ever seen.

The local authority quickly accepted responsibility for the accident.

We obtained detailed evidence about our client’s injury and the impact on his ability to work.

We then entered in to some negotiations with the insurers and helped him to settle the claim for £53,000.

Paul Mulderrig Talks About The Way We Do Things At Mulderrigs