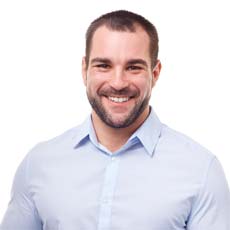 Dave Cheam is a old client of ours from Stacksteads in Rossendale.

He asked Mulderrigs to deal with his compensation claim when he was unlucky enough to be involved in another accident.

Dave was driving his car in Bacup when a car came across the centre line causing a head on collision.

The accident caused injuries to Dave’s shoulders and low back.

But luckily all his injuries proved to be relatively minor and he made a full recovery fairly quickly.

The basic legal principles in RTA cases are very straightforward.

All drivers have a legal duty to take care for the safety of other drivers.

In Dave’s case it was clear that the other driver was completely responsible for this accident.

The insurers for the other driver quickly admitted liability.

We obtained expert medical evidence about Dave’s injuries injuries and helped him reach a settlement of £3780.