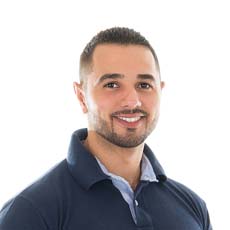 Dave Cheam from Stacksteads in Rossendale asked us to deal with his compensation claim following an accident at work.

He was working in a metal fabrication factory when was involved in the accident.

The factory was generally disorganised and untidy.

One day he tripped over a hose which had been left trailing across one of the walkways.

His knee was badly injured and he had to undergo surgery.

Employers have a legal duty to take care for the safety of their employees.

Regulations impose a duty on employers to keep “traffic routes”  in a safe condition.

And it was clear to us that the employer’s were in breach of their duty.

We wrote to the insurers for the factory and they quickly admitted responsibility for the accident.

We obtained evidence from a medical expert and details of Dave’s loss of earnings.

So we issued court proceedings on Dave’s behalf.

But as the case was progressing the insurers agreed t0 negotiate with us.

We helped Dave reach a settlement of £50,000 in compensation for his injuries.