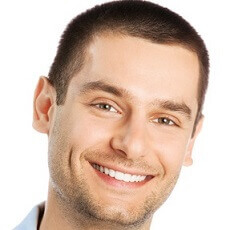 A Fall At Dangerous Roadworks – £5000 Settlement

Peter King asked Mulderrigs to represent him in his claim following a fall at dangerous roadworks.

Mr King has to use a wheelchair when he is out and about.

On the day of his accident he had just got off the bus near his home but he was confronted by some dangerous roadworks on the pavement.

Some contractors had dug a hole in the pavement but it wasn’t properly fenced.

Peter’s path was blocked and there wasn’t enough room for his wheelchair.

As Peter tried to get past his wheelchair toppled over and he was thrown into the road.

The Law On Claiming Against A Highway Contractor

When contractors carry out work on the roads and pavements they have a legal duty to carry out that work in a safe manner.

If you have been injured because a contractor has left the pavement or the road in a hazardous condition you may have grounds for making a claim.

But it is important to choose a solicitor with expertise in these claims.

Mulderrigs have been dealing with claims against negligent contractors for over thirty years.

Peter’s Claim Against The Highway Contractors

Peter showed us photographs of the dangerous roadworks.

So we were satisfied that he had grounds for making a claim.

And we were happy to act on “no win no fee” terms.

We notified the contractors about the claim via the online claims portal.

Contractors normally fight these claims and it is quite common for various contractors to try to blame  each other.

But in Peter’s case their insurers admitted liability for the accident.

Peter hurt his shoulder in the accident and also aggravated pre-existing problems with his knee and leg.

We obtained a report from a medical specialist and disclosed this to the insurers.

They then agreed to negotiate with  us.

And we helped Peter settle his claim for £5000.