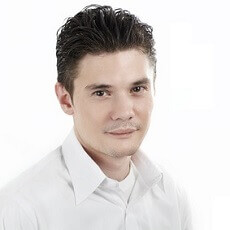 Karl Lees asked Mulderrigs to represent him in his claim for a pothole trip.

He was walking his dogs near home when the accident happened.

As Karl crossed the road he stepped onto the edge of a large pothole near to the kerb.

He went over on his ankle and fell to the ground.

The Law On Claiming For A Tripping Accident

The council has a legal duty to maintain the roads in their area.

These cases are difficult to prove.

The council only have a duty to be reasonable, not perfect.

If they fail to meet that duty you may have grounds for making a claim.

And the council won’t be held responsible for an accident if they can prove that they have a reasonable system of inspection and maintenance.

In the case of a pothole accident it is essential to show that the pothole is an inch deep or or more.

And there needs to be some evidence that the pothole has been there for a long time.

So it can be difficult.

And it is important to choose a solicitor with expertise in claims against the council.

Mulderrigs have been dealing with pothole claims against councils for over thirty years.

We were  quite satisfied that Karl had grounds for making a claim.

The  pothole was large and deep.

And it had obviously been there for a long time.

So we were happy to act on “no win no fee” terms.

We notified the council about the claim via the online claims portal.

But in Karl’s case they quickly admitted liability.

He had to call a friend who collected him from the scene of the accident and took him to the local walk-in centre.

We arranged to get a detailed medical report in support of the claim.

Once that evidence was disclosed the council entered into negotiations with us.

We then helped Karl settle his claim for £4000.