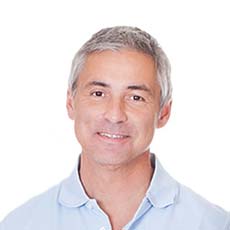 The family of Mr Croston from Greater Manchester consulted Mulderrigs about a perforated bowel claim.

Mr Croston was in his seventies and when he developed kidney problems.

As a result of his illness he had to go into hospital for dialysis treatment.

He went into a hospital in Manchester for some tests in preparation for the dialysis.

One of the tests involved having a catheter into his abdomen.

A renal surgeon carried out the procedure.

But the surgeon perforated Mr Croston’s bowel whilst inserting the catheter.

Mr Croston was taken back into theatre for a repair when the error was spotted.

But sadly Mr Croston never fully recovered from the trauma.

He remained in hospital and his condition slowly deteriorated and he died two months later.

Mr Croston had been very fit and active for his age prior to his admission to hospital.

Joanne Smith agreed to take on the family’s medical negligence claim against the NHS Trust.

Our medical expert said that  the surgeon had negligently used the wrong technique when inserting the catheter.

The expert also confirmed that Mr Croston’s death had been accelerated by several years as a result of the negligent procedure.

We sent a detailed Letter of Claim to the NHS Trust.

But they initially denied liability which only added to the family’s hurt and frustration.

So we brought court proceedings on behalf of our clients.

The solicitors for the Trust continued to deny any liability, but began making settlement offers.

Mr Croston’s family then accepted an offer of £30000 in settlement of their claim.