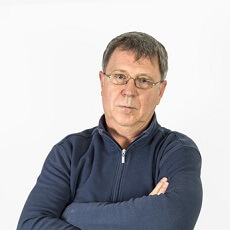 Martin Cowgill from Rossendale asked us to represent him in his pedestrian injury claim.

He works in the building trade and has to travel all over the country to work on different sites.

At the time of his accident Martin had been sent to work on a site near Gravesend in Kent.

One evening he went to the pub with a work mate for a drink and a meal after work.

As they were walking back towards their digs Martin and his mate needed to cross the road in the town centre.

But as Martin attempted to cross the road a taxi came around the corner at high speed and he was knocked down.

All car drivers have a legal duty to take care for the safety of pedestrians.

We were satisfied that the taxi driver was in breach of his duty here so we agreed to represent Martin.

But there were one or two complications in the case.

The accident happened on a dark February night and Martin had been wearing dark clothing.

And there was no doubt that he’d had a few drinks before the accident.

But the evidence of the witnesses was that the taxi driver was at fault for driving much too fast.

Martin was badly injured as a result of the accident.

He suffered a fracture of his lower leg and this meant he was away from work for several weeks after the accident.

In addition to that he suffered damage to a number of his teeth and he needed some expensive dental treatment to put that right.

We arranged to obtain expert evidence about Martin’s leg injury and the damage to his teeth.

A detailed calculation of Martin’s loss of earnings and other financial losses was also prepared.

We then brought court proceedings on Martin’s behalf against the careless driver.

The insurers for the taxi driver agreed to negotiate with us as the case was proceeding.

We then helped Martin reach a settlement of £125000 in compensation for his injuries and other losses.