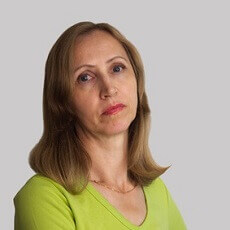 Eileen Scott asked us to deal with her pedestrian injury claim.

She was injured as she walked through the car park in the grounds of a premier league football club.

Eileen and her family had been to watch the match and they were on the way back to the car when the accident occurred.

An elderly driver was sitting in his car with the engine running waiting for the crowd to clear.

But as Eileen and her family walked by his foot slipped off the clutch and his car shot forward.

Eileen managed to push her children out of the way but she was hit by the car and knocked down.

The Law On Pedestrian Accident Claims

All drivers have a legal duty to take care for the safety of  other road users, including pedestrians.

And it was negligent of the driver to have had his engine running when there were so many people walking by.

We were certain that Eileen had a strong case and we agreed to represent her on “no win no fee” terms.

A detailed Letter of Claim was sent to the driver and his insurers.

The insurers quickly admitted that the driver had been at fault.

She suffered serious fractures of her right tibia and fibula.

Her hip, knee and teeth were also injured.

As a result of all this Eileen was unable to go back to work.

We obtained evidence from a number of medical experts.

And we prepared detailed calculations of Eileen’s financial losses.

We also arranged for Eileen to be advised by a very experienced barrister.

The insurers agreed to negotiate with us once all the evidence was disclosed to them.

And Eileen accepted an offer of over £400000 in settlement of her claim.