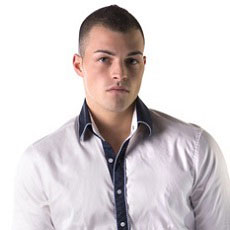 Darren Wheeldon asked us to represent him in a very serious pedestrian head injury claim.

He had suffered a serious head injury when he was knocked down by a careless driver.

Darren was crossing the road on the way home from his girlfriend’s house when the accident happened.

He was almost across the road when he was hit by a speeding motorist.

The driver then left the scene without stopping.

Darren was very badly injured and left with brain injuries which will affect him for the rest of his life.

Darren was originally represented by other solicitors but that firm went out of business.

Someone recommended Mulderrigs and Darren’s family got in touch with us and we agreed to take on the claim.

We arranged for Darren to be represent by a top barrister, a QC.

Luckily the cowardly driver who had fled the scene was was identified, and later convicted.

But even so the insurers for the car driver tried to argue that Darren was partly to blame for the accident.

We obtained reports from a neurosurgeon, an orthopaedic surgeon and a psychiatrist.

Expert reports were also prepared in relation to Darren’s housing and care needs.

The insurers agreed to meet us at a Joint Settlement Meeting a few weeks before the trial was due to start.

This was an opportunity to sit around the table and negotiate sensibly.

After a long day of negotiations we reached a settlement for Darren which was worth £1.7 million.

The settlement allowed him to buy the house he needs.

It will also allow his family to arrange all the medical care he will need during the rest of his life.