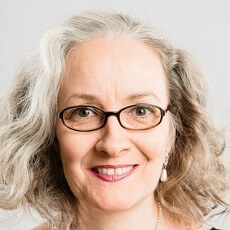 Ingrid Clawson asked Mulderrigs to deal with her pedestrian case.

At the time of her accident Ingrid was a very sprightly 82 year-old lady.

And she lived completely independently in her own home in Rawtenstall, Rossendale.

Ingrid was returning home from a shopping trip to Rawtenstall one afternoon.

She was knocked down whilst trying to cross the road at a pelican crossing.

The lights at the crossing weren’t green for Ingrid.

But there were two lanes for traffic at the crossing and the line of cars closest to the kerb had stopped.

Ingrid stepped out between two of the stationary cars in the first lane.

But as she stepped out into the second lane a vehicle came along and drove into her.

Ingrid was knocked down and badly injured.

There was no doubt that Ingrid should have waited until the green light was showing at the crossing.

But there was also no doubt that the car driver still had a duty to take care to look out for people using the crossing.

So we took on Ingrid’s claim.

We contacted the insurers for the car driver.

But understandably they denied liability for the accident.

Ingrid had suffered fractures of her left shoulder and right ankle.

She was detained in the hospital for a few days after the accident.

But she then went on to make an amazing recovery, especially considering her age.

We obtained a detailed report about her injuries from a medical expert.

Once we disclosed the expert evidence to he insurers for the motorist they agreed to negotiate with us.

We then helped Ingrid reach a settlement of £15000.