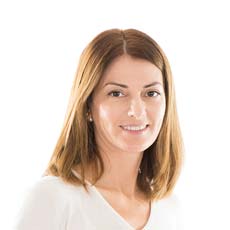 She used to have her hair coloured regularly by the same salon in Preston.

Milly started to notice over a period of time that her hair had started to snap off around the hair line.

But her stylist  said that everything was fine and continued colouring the roots of Milly’s hair during her regular visits.

Eventually Milly lost so much hair that she got some medical tests done but these were all fine.

She became convinced that her hairdresser was causing the damage.

So she decided to get independent advice and she contacted us.

The Law On Claiming Compensation For Over Processed Hair

Hairdressers have a legal duty to take care for the safety of their customers.

They have to be particularly careful when using powerful bleaching products on hair that has already been bleached.

We have dealt with hundreds of successful claims against negligent hairdressers, including lots of overprocessing cases such as Milly’s.

So we agreed to take on her case and work on “no win no fee” terms.

The success of these cases is always dependent on getting helpful evidence from a hair expert (a trichologist).

So we sent Milly along to see an expert who said that her hair was being badly damaged by the repeated use of the hair colours.

Milly ended up losing a lot of her hair and the expert said it would take years to grow back to normal.

We contacted the insurers for the hairdresser and disclosed our expert evidence.

The insurers entered into negotiations with us and Milly accepted a settlement offer of £7,350.