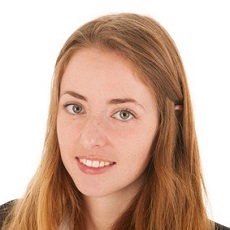 Tracey McAvoy, a carer from York asked Mulderrigs to deal with her overprocessed hair claim.

She had dyed her hair red at home but wanted it to be lightened.

Tracey knew this was a complex procedure best done by a professional hairdresser so she went to a local salon.

The salon said they could help and performed tests on Tracey’s hair and skin.

Tracey had bleach and brown dye applied to her hair to cover the red colour and lighten it.

But whilst processing Tracey’s hair the hairdresser put her under a heat lamp and left the product on for far too long.

But by the following day when Tracey washed her hair at home it was in a poor condition and started to snap off.

The salon agreed to provide Tracey with free conditioning treatments but these didn’t do any good.

Hairdressers have a legal duty to take care for the safety of their clients, especially when using dangerous bleach or colours.

In fairness, the salon had carried out sensible tests before starting the work.

But then they had left the product on for far too long.

The Claim Against The Negligent Hairdresser

Suing a hairdresser can be a complicated business but Joanne Smith has handled several hundred  hairdresser claims.

She agreed to take on Tracey’s claim on “no win no fee” terms.

In Tracey’s case the trichologist said that the damage had been caused by the use of heat.

He also said that the products had been on Tracey’s hair for far too long.

The expert said that a competent hairdresser should have known that applying heat speeds up the processing time.

In addition, he said it would take a couple of years for Tracey’s hair to grow back to normal.

The salon denied liability for what happened.

They claimed to have followed the manufacturer’s guidelines and  denied they had applied heat for too long.

So we had to involve the Court.

Once the solicitors for the negligent hairdresser reviewed they evidence they agreed to negotiate with us.

Tracey accepted a settlement offer of  £3700.