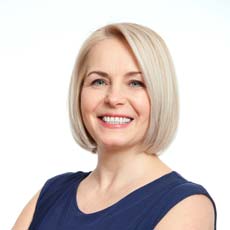 Ellie Rostron from Shropshire asked us to deal with her hair damage claim after an over processing mistake by her hairdresser.

She had long hair which was dyed brown and in good condition until she had a disastrous colour change at a local salon.

Ellie had stripped her hair at home to remove the brown dye.

When Ellie went in for her appointment the hairdresser recommended an ash blonde.

But Ellie’s scalp started to feel very hot while the colour was processing.

The hairdresser washed the product out of Ellie’s hair but it was immediately obvious that something had gone badly wrong.

Ellie’s hair started to snap off whilst being washed and it was very difficult to brush.

The hairdresser tried to reassure Ellie and started to apply a toner and lowlights to finish off the colour.

But more of Ellie’s hair snapped off when these products were washed out.

After she left the salon Ellie realised the full extent of the damage.

Her hair was snapping off whenever she ran her hands through it.

Ellie sought advice from another salon and they told her that her hair had been over processed.

They said there was nothing that could be done to save it and she would have to have all the damaged hair cut out.

Ellie was devastated but felt she had no choice but to have her long hair chopped  into a pixie cut.

And even after that there was still some of the damaged hair left.

The Hair Damage Claim Against The Salon

Ellie contacted Jo Smith who agreed to represent her on “no win no fee” terms.

All hairdressers have a legal duty to take care for the safety of their clients, especially when using dangerous colouring products.

Clients who suffer hair damage as a result of a hairdressers negligence may be able to claim compensation for the damage.

It seemed clear to us that the hairdresser had carelessly allowed Ellie’s hair to be damaged by over processing.

But suing a hairdresser can be difficult.

So it is essential to get expert evidence to support the case.

Jo arranged for Ellie to see a hair expert (a trichologist).

The expert carried out tests and confirmed our suspicion that the hairdresser had over processed Ellie’s hair.

The trichologist also said it would take about 3 years for Ellie’s hair to regrow to its previous length.

The salon’s insurers denied liability claiming that they had followed the correct procedures.

So we had to issue court proceedings.

But shortly after that the salon agreed to negotiate with us.

Ellie then accepted an offer of £4500 in settlement of her claim.