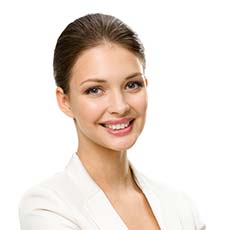 Sheila Terrier asked us to deal with her hair damage claim following an over processing error by her hairdresser.

She went to her local hair salon in Blackpool to have her bleached hair dyed back to its natural brown.

It was the first time Sheila had been to the salon.

But the hairdresser didn’t carry out any skin tests or strand tests.

The hairdresser applied a pre-pigment colour product to neutralise the bleach and then a brown dye.

But the combination of the two products left Sheila’s hair very badly damaged.

Her hair looked burnt and it soon started to weaken and snap off leaving it very thin and unmanageable.

Sheila contacted Mulderrigs and we agreed to represent her on “no win no fee” terms.

All hairdressers have a legal duty to take care for the safety of their clients, especially when using dangerous bleaching products.

We instructed a hair expert (a trichologist) who confirmed that the hairdresser ought to have tested Sheila’s hair before starting the process.

The expert also confirmed that the damage was caused because Sheila’s hair had been over processed.

Her hair had already been bleached and the hairdresser shouldn’t have applied two more powerful products.

So we then notified the salon about Sheila’s claim.

But they denied that they had coloured Sheila’s hair and claimed she had only attended for a cut.

We disclosed evidence to show that Sheila had been texting her friend whilst in the salon discussing the colour change.

But still the salon still denied they had applied a colour!

We arranged to issue Court proceedings against the salon.

Shortly before the trial the insurers for the salon agreed to pay Sheila £3700 in compensation.