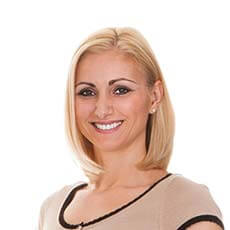 Mrs Carlton instructed us to bring a nursing home claim on behalf of her father Mr Collins.

Mr Collins lived a healthy independent life until his 70’s.

But then he began to suffer from dementia and moved into a nursing home in Rossendale.

His daughter visited almost every day but she became concerned about the lack of care being provided to her father.

Mr Collins began to lose weight. He looked as if he wasn’t being looked after very well and the rooms at the home smelled badly.

Then Mr Collins had a fall.

The staff at the home weren’t able to explain the circumstances of his fall.

And they waited for more than two days to call an ambulance!

Sadly, he never recovered from the surgery, his condition slowly deteriorated and he died a few weeks later.

The nursing home were clearly in breach of their legal duty to take care for Mr Collins.

So Paul Mulderrig took on the case and agreed to act on “no win no fee” terms.

We sent a very detailed Letter of Claim to the home setting out detailed allegations of their negligence.

The insurers for the nursing home admitted there had been a delay in calling an ambulance.

So we commenced court proceedings for Mrs Carlton on behalf of her father’s estate.

An expert in accident and emergency medicine provided a report saying that the surgery had hastened Mr Collins’ death.

And a nursing care expert provided a report criticising the general standard of care at the nursing home.

The solicitors for the nursing home agreed to negotiate once the court proceedings had started and the expert evidence had been disclosed.

Mrs Carlton then accepted an offer of £28750 in settlement of the claim.

But of course this case was never just about money.

Mrs Carlton said that the settlement provided comfort to her family because it proved that the nursing home were at fault, and that her father’s accident should never have happened.

We were very pleased to help her in this very difficult case.

Paul Mulderrig Talks About The Way We Do Things