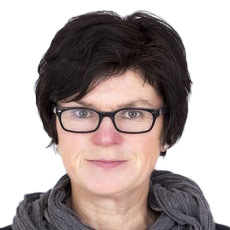 Mrs Blayden’s claim was one of the worst cases of a negligent conveyancing solicitor we have ever seen.

She had owned her house in Rochdale for many years and had no mortgage.

When she allowed a new boyfriend to move in, he started pestering her to let him buy a half share in the house.

Mrs Blayden eventually caved in under pressure from the boyfriend and agreed to sell him a half share.

The boyfriend chose a solicitor.

But in a clear breach of the professional rules the solicitor agreed to represent both of them in connection with the transfer.

Instead of transferring a half share to the boyfriend he transferred the entire title to him.

And then, in a bizarre mix up the solicitor gave Mrs Bladden’s sale proceeds to the “boyfriend”.

Perhaps unsurprisingly, Mrs Blayden had split from the boyfriend by this point, but he promptly spent the money that he received from the solicitor.

The solicitor’s negligence was outrageous and we regarded it as an open and shut case.

But the solicitor and his insurers denied any negligence.

So we had to sue the solicitor in order to recover £70,000 in compensation for our client.

The case had a very unhappy postscript.

The solicitor and his firm were both heavily fined by the SRA (Solicitors Regulation Authority) for their conduct – And the ex-boyfriend was sent to prison.