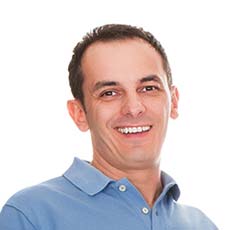 Andy Cotton asked us to deal with his motorcycle injury claim following a very serious accident.

He was riding his motorcycle along a bypass in Lancashire when an elderly driver pulled out from junction right into his path.

Andy didn’t have any chance of avoiding a collision.

His bike hit the car and he was thrown through the air and very badly injured.

Our team have been representing injured motorcyclists for over twenty-five years.

We have recovered millions of pounds for injured bikers.

So we took on Andy’s case and agreed to act on “no win no fee” terms.

The insurers for the elderly driver quickly admitted liability for the accident.

Andy’s most serious injuries were fractures of his pelvis, left arm and left leg.

As a result of these injuries he couldn’t return to his work as an exhaust fitter and he had to change jobs.

Medical experts prepared reports for us about all the injuries.

We then prepared a detailed schedule of Andy’s past and future loss of earnings.

The insurers initially refused to negotiate sensibly so we brought court proceedings.

But as the trial was approaching the insurers agreed to some further negotiations.

As a result of those negotiations we were able to help Andy settle his case for £600,000.