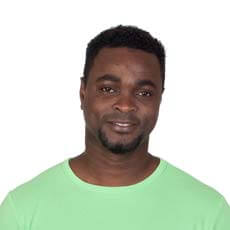 Motorcycle Accident At A Roundabout

Jeff Vincent was involved in a serious motorcycle accident at a roundabout.

He was riding a BMW near Swansea and was established on a roundabout but a careless driver failed to give way.

Jeff was knocked from his bike and injured.

We took on the claim and we agreed to act on “no win no fee” terms.

The Law On Motorcycle Accidents At Roundabouts

The Highway Code is pretty clear about who has right of way at a roundabout.

Drivers should give way to traffic approaching from the right.

In addition to that, drivers should check for other traffic which is already on the roundabout.

But the careless motorist had failed to follow these simple rules.

So we quickly proved that the careless driver was 100% to blame.

The Claim For Jeff’s Motorcycle Accident

Jeff suffered injuries to his neck and back.

He also had to hire another bike in order to get to and from work.

We served expert medical evidence about the injuries and details of the financial losses.

The  insurers then entered into negotiations with us.

Jeff accepted an offer of £22,000 in settlement of his claim.