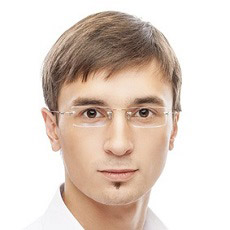 Mike Winterton from Bacup  was involved in a serious motorcycle accident near Strangeways prison in Manchester.

He was ‘filtering’ past slow moving traffic when a car driver pulled out of the line of traffic causing a collision.

Mike was knocked from his bike and injured.

He asked us to deal with his compensation claim and we agreed to act on “no win no fee” terms.

The Law On Motorcycle Filtering Accidents

Responsibility for an accident can be difficult to sort out in “filtering” cases.

In Mike’s case we investigated all the evidence very carefully.

Although there’s no doubt the other driver shouldn’t have pulled out.

But there was also some evidence that Mike was speeding at the time which wasn’t very helpful.

We  entered into negotiations with the insurers for the car driver.

They accepted that liability should be 75-25% in Mike’s favour – about the best possible result in the circumstances.

Mike had suffered leg and hand injuries but fortunately these weren’t too serious.

We obtained expert evidence from a medical expert and details of Mike’s loss of earnings.

Once we presented all the evidence to the insurers we helped Mike reach a settlement of £5500.