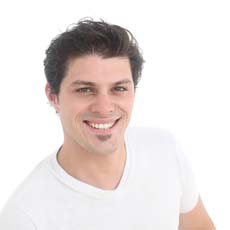 Mr Harding asked Mulderrigs to deal with his claim for a motorcycle accident in London.

He was riding his Honda NTV through Deptford on his way home from work when the accident happened.

It was rush hour so the traffic was very heavy.

So he was filtering past the stationary traffic but staying on his own side of the central white line.

One of the cars in the queue of traffic suddenly attempted a u-turn without indicating.

Mr Harding was knocked off the bike and badly injured.

He suffered a broken femur and had to undergo surgery to insert metalwork to correct the fracture.

His recovery was lengthy and complicated and he had to undergo several further operations.

This resulted in Mr Harding losing tens of thousands of pounds because he couldn’t continue in  his well paid job overseas.

Filtering accidents can be difficult cases.

But in this case it was clear the car driver was to blame.

So Joanne Smith was happy to take on the case and she agreed to act on “no win no fee” terms.

But the case became complicated because it turned out that the driver had given completely false details to the police at the scene of the accident and couldn’t be traced.

So we presented Mr Harding’s claim to the Motor Insurers Bureau (the MIB),  who dealt with the claim under the terms of their Untraced Drivers Agreement.

MIB claims involving untraced drivers can be very, very technical. There are lots of steps to be taken and notices to be given, and if any of them are missed the entire claim can fail.

But Mulderrigs have been handling successful MIB claims for over twenty-five years.

We obtained detailed expert medical evidence and full details of the loss of earnings.

The MIB then agreed to negotiate and Mr Harding accepted a settlement offer of £250,000.