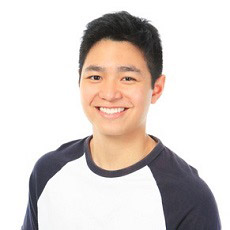 Mulderrigs represented Mr Castle and his family in in this major motorcycle accident claim.

Kenny  Castle was riding his BMW along the A64 near York on his way to meet his wife at their holiday caravan.

He was riding in the outside lane and passing a van which suddenly turned across his path and he was knocked off the bike.

The van driver had missed his turn off and was lost. He then changed lanes without looking and drove straight into Kenny’s bike.

The driver was later convicted of dangerous driving.

But, to our amazement he wasn’t sent to prison.

He was in hospital for several months and then a rehab unit for another long period.

Eventually he was allowed to return home to his wife.

His personality has changed, he will never be able to return to his work as a joiner and will require constant support.

Mulderrigs have been dealing with serious motorcycle accident claims for over twenty-five years.

So we took on the claim against the van driver and we agreed to act on “no win no fee” terms.

The insurance company for the van driver tried to argue that our client was partly to blame.

They even suggested that he didn’t have his helmet properly fastened.

We were quite appalled by their approach, so we brought court proceedings against the van driver.

We appointed a QC to represent Kenny and we quickly proved that the van driver was 100% to blame.

The insurers were forced to make a massive interim payment which allowed Kennyto buy a specially adapted bungalow.

We then gathered final expert reports from lots of different medical experts.

The insurers then agreed to meet us for a Joint Settlement Meeting.

Kenny  and his wife accepted an offer of £3.5M in settlement of the claim.

It was a great pleasure to represent Kenny and his wife in this case, and he and his wife still keep in regular contact with us.