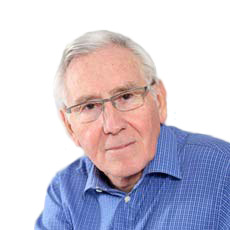 Don is a retired farmer from Lancaster.

He had suffered from osteoarthritis and his doctors told him he needed surgery to replace both hips.

But he suffered serious complications following a hip replacement operation.

The first operation to replace his left hip went well.

But Don had major problems after the second operation.

He was left with severe pain in his leg and numbness in his foot.

It emerged that the surgeon had accidentally perforated Don’s sciatic nerve.

He couldn’t walk properly and was forced to spend over eighteen months wearing various splints.

Don also had to undergo several ‘clean-up’ operations to repair the damage.

Despite all of this treatment Don still suffers pain and numbness in his leg.

The Claim – Medical Negligence During Surgery

When Don consulted us it immediately sounded like something had gone badly wrong.

So we took on his claim and agreed to act on “no win no fee” terms.

Surgeons have a legal duty to take proper care when conducting surgery.

But proving medical negligence during surgery can be a very complex business.

Claimant’s have to prove that the quality of treatment has been below the standard that any reasonable surgeon would have provided.

So we instructed an independent medical expert to review the case.

This expert confirmed that the surgeon had been at fault for the error which caused Don’s ongoing problems.

We then sent a detailed Letter of Claim to the negligent surgeon.