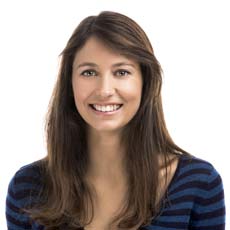 She injured her left knee in a fall at work and when her symptoms didn’t settle with physiotherapy treatment she was referred to an orthopaedic specialist.

The surgeon recommended that she undergo  a major reconstruction repair to her knee ligaments ( an MPFL medial patellofemoral reconstruction).

Unfortunately Mrs Addison’s knee remained unstable after the operation so she had to undergo another reconstruction.

Mrs Addison’s symptoms still didn’t improve after this second surgery, so she asked to be referred to a different hospital

The new specialist told her that the previous operations had been the wrong treatment for her injury and he then performed another reconstruction which finally set her on the road to recovery.

We agreed to take on Mrs Addison’s medical negligence claim against the original surgeon, and agreed to act on “no win no fee terms”.

The initial stages of any claim for compensation for medical negligence are governed by a detailed set of rules  which are contained in the Pre-Action Protocol for Clinical Negligence Claims.

Under the terms of the protocol we sent a detailed Letter of Claim to the NHS Trust.

We also obtained a report from an independent knee surgeon, who concluded that the original operations had been the wrong choice of treatment for our client’s injury.

The NHS Trust accepted that the treatment by their surgeon had fallen below an acceptable standard and agreed to pay C compensation.

Once we had finalised the medical evidence and obtained full details of our client’s financial losses we helped her recover  £22500 in compensation.