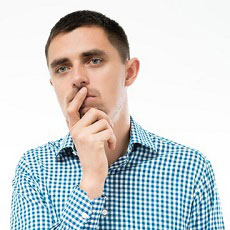 Jamie Flitcroft from Rossendale asked Mulderrigs to deal with his medical negligence claim.

A surgeon had carried out a minor orthopaedic operation on Jamie’s foot at a private hospital.

But after the surgery he developed a DVT (Deep Vein Thrombosis) because the plaster cast was too tight.

Jamie complained to the the nursing staff but they seemed to ignore his complaints.

When the DVT was eventually diagnosed Jamie had to attend clinic every day for three months.

The daily medical appointments affected his work and he ended up changing jobs.

Liability in the case

Medical negligence claims can be very difficult to prove.

The court set out this test in the “Bolam” case in 1957, and  it is still widely referred to as “the Bolam test”

Claimants have to prove that the medical care provided fell below the standard that any reasonable doctor would have given.

That may sound straightforward, but it can be much more difficult than it sounds.

But in Jamie’s case we were satisfied that something had gone badly wrong.

We instructed a medical expert who provided a report saying that there had been a clear breach of duty by the hospital.

The insurers  admitted responsibility once they saw this evidence.

Once we disclosed the evidence the insurers agreed to negotiate.

Fortunately Jamie had made a very good recovery quite quickly.

The insurers agreed to pay £3,500 in settlement of his claim.