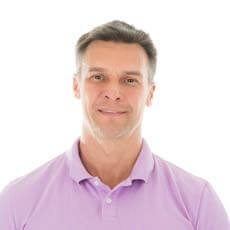 Dave Sharston from Streatham Common asked us to deal with a London cycling accident claim.

He was cycling home from his night shift as a security guard when he was involved in an accident.

A car emerging from a junction on Dave’s left failed to give way and drove straight into him.

Dave was knocked off the bike and suffered injuries to his left knee and foot.

So he went to A&E and scan scan revealed that there was some ligament damage.

Dave had to take a few days away from work.

But he made a full recovery over the next few months.

All drivers have a legal duty to take care for the safety of other road users.

And a driver who pulls out of a junction into the path of  a cyclist is always likely to be held responsible for the accident.

So when Dave contacted us we were happy to take on Dave’s claim against the careless driver.

We contacted the insurers for the other driver and they quickly admitted liability for the accident.

Liability was admitted by the car driver’s insurers straight away.

And once disclosed areport from an independent medical expert the insurers for the driver then entered in to negotiations with us.