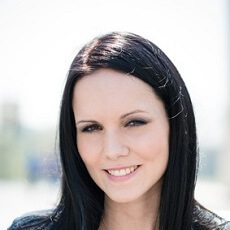 Mrs Sohail from Suffolk asked Mulderrigs to deal with her hospital infection claim.

She underwent a straightforward arthroscopy of her right ankle at Ipswich Hospital to investigate some ongoing pains.

But her wound developed an infection a short time later.

Her GP took a swab and sent it off to the hospital lab for tests.

The test results confirmed the presence of Staphylococcus aureus infection.

But  Mrs Sohail wasn’t offered any treatment for the infection by the hospital.

She continued to experience severe pains and ended up visiting A&E a couple of weeks later.

As a result of that visit the infection was finally diagnosed properly and a course of treatment was started.

But by this point the necessary treatment was much more invasive.

Mrs Sohail had to undergo various surgical procedures to wash out the infected wound.

Joanne Smith agreed to take on her claim against the negligent NHS Trust and agreed to act on “no win no fee” terms.

A detailed Letter of Claim was sent out alleging that the hospital had been negligent for failing to act on the lab results.

The Trust refused to accept full responsibililty for their error.

So we issued court proceedings  for our client.

But the Trust then agreed to negotiate with us.

Mrs Sohail accepted an offer of £15000 in settlement of her claim.