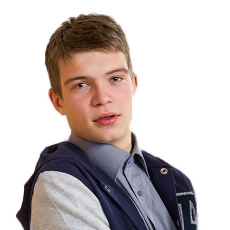 Mark Wilkins asked us to deal with his pedestrian head injury claim.

He was knocked down by a motorist while crossing the road in Derbyshire.

As a result of the accident he suffered a very serious head injury.

Mark’s case was difficult because the accident happened as he crossed the road in the early hours of the morning.

He had been at a New Years’ Eve party and there was no doubt he had been drinking.

But motorists have a legal duty to take care for the safety of pedestrians – even if they are drunk!

So we were agreed to take on Mark’s claim and we agreed to act on “no win no fee” terms.

We gathered evidence from the police who had attended the scene.

In addition to that we interviewed all the witnesses.

An expert accident investigator also examined all the evidence and prepared a detailed report about the case.

All this evidence helped us prove that the car driver should have seen Mark, and could have avoided the collision.

We also prepared a detailed calculation of his past and future loss of earnings.

Court proceedings were then issued on Mark’s behalf.

But as the case was approaching a trial the insurers agreed to negotiate with us.

Following those negotiations Mark accepted an offer of over £500,000 in settlement of his claim.