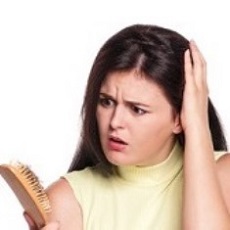 Mulderrigs represented Michelle O’Driscoll in her hair damage claim against a salon in Leeds.

Michelle has dark hair which she had been dyeing red.

She wanted to go blonde and her hairdresser assured her that it could be done in one sitting without any problems.

The hairdresser didn’t carry out any skin tests or strand tests before starting work.

Michelle ended up being in the salon for over eight hours during which time the stylist applied three lots of bleach.

As a result Michelle’s hair was  weakened and brittle.

In addition to that her hair began snapping off, and her scalp became very painful and blistered.

All hairdressers have a legal duty to take care for the safety of their clients, especially when using dangerous bleaching products.

Inexperienced or careless hairdressers sometimes make repeated applications of bleach in an effort to correct a mistake.

It is one of the most common and the most dangerous mistakes hairdressers can make.

So we were happy to take on Michelle’s hair claim against the negligent salon.

Michelle gave us a very detailed statement and she had clear “before” and “after” phototgraphs which proved the damage.

We also obtained helpful evidence from a trichologist (a hair expert), which is essential to the success of any hair claim.

The expert confirmed that the damage to Michelle’s hair was caused by the hairdresser’s negligence.

But the salon’s insurers still denied any liability.

So we brought court proceedings against the hairdresser on Michelle’s behalf.

As the case approached a trial the insurers agreed to negotiate.

Michelle accepted an offer of £8500 in compensation for the damage to her hair.