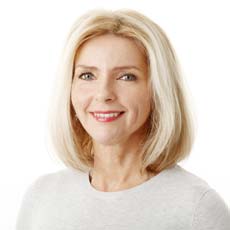 Amy Bradley asked us to deal with her hair damage claim following a bleaching disaster.

She was a regular visitor to a top London salon where she had her roots bleached every 6-8 weeks.

Over a period of time Amy noticed that her hair was getting very weak and even snapping off in places.

She mentioned this to her regular stylist during several visits but stylist just continued to apply the bleach to Amy’s roots without ever looking into her concerns.

Amy got so worried about the state of her hair that she consulted another salon.

The new salon told her straight away that her original stylist had been overlapping the bleach which had damaged the hair and caused it to snap off.

Hairdressers have a legal duty to take care for the safety of their clients’ hair – it’s that simple!

All competent hairdressers know they need to take great care when touching up regrowth of roots where hair has already been bleached.

The hair that has already been bleached will have been damaged and weakened during the first bleaching progress.

So any overlapping of bleach onto that part of the hair is likely to cause serious damage.

Which is exactly what happened in Amy’s case.

Mulderrigs have dealt with hundreds of successful claims against negligent hairdressers, including lots of other overlapping claims.

So we were happy to take on Amy’s case and act on “no win no fee” terms.

The salon denied that they had done anything wrong.

So we obtained a helpful expert report from a trichologist (a hair expert).

The trichologist said that Amy’s hair was damaged because the bleach had been overlapped.

He also said it would take several months for Amy’s hair to regrow.

We disclosed the expert  evidence but the salon’s insurers still refused to accept any responsibility.

So we issued court proceedings on Amy’s behalf  which went all the way to a trial.

The Judge agreed that the stylist had been negligent and awarded Amy £2300 in compensation.