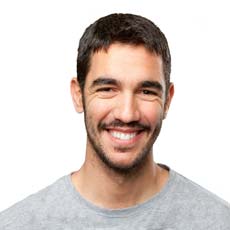 He was injured by a tackle which caused severe damage to his knee.

The opposing player made a late challenge with his studs showing.

Colin was hit just below his right knee and fell to the ground in severe pain.

The referee sent the offending player off for an offence of Serious Foul Play.

Colin was taken to hospital and scans revealed serious damage to his knee ligaments.

All players have a legal duty to take care for the safety of opponents.

And a knee high challenge with studs showing is a clear breach of that duty.

So Mulderrigs agreed to take on Colin’s case.

And we acted on “no win no fee” terms.

Paul Mulderrig travelled to Norfolk on a Sunday afternoon to meet Colin and all the witnesses.

Detailed statements were then prepared for all the witnesses.

Insurers for the offending player quickly admitted liability once they saw the evidence.

Colin needed several major operations in order to repair the damage to his knee.

But we were able to obtain payments so that the surgery could be carried out privately.

The insurers then agreed to meet with us for some negotiations.