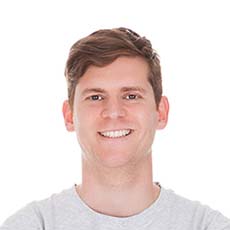 Mr Miles was a skillful right winger with an amateur club in Stockport.

He was playing in a tight game and the score was 3-3 with only a few minutes to go.

One opposing player had already been involved in several nasty challenges earlier in the game.

The same lad had even tried to start a fight with one of Mr Miles’ teammates.

Mr Miles got the ball out on the right wing.

He noticed the other lad coming towards him at full speed, so he passed the ball down the line.

But the offending player flew in with a  two-footed lunge that made contact half way up our client’s right leg.

The referee issued a straight red card and sent the offender off the field for Serious Foul Play (FIFA Laws Of The Game – Law 12).

Mr Miles was left with three separate fractures to his tibia and fibula.

He was in and out of hospital for weeks after the injury, and he was away from his work as a self-employed electrician.

As a result, he had to live off his savings for several months.

We have handled over one hundred successful football injury claims for amateur footballers.

Because of our previous experience we were happy to help Mr Miles with his case, and we agreed to act on “no win no fee” terms.

We got detailed statements from the referee and all of Mr Miles’s team mates.

All the witnesses that this was a reckless and stupid challenge.

The insurers for the offending player admitted liability when we presented the evidence to them.

We then arranged to get expert medical evidence about Mr Miles’s injury, and full details of his loss of earnings.