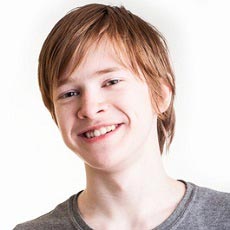 He suffered a broken leg following a dangerous tackle during a so-called “friendly” match.

The match was abandoned and Tim was taken to hospital for emergency surgery.

He would later need several additional operations to repair the damage to his leg.

As a result of these injuries Tim was away from his work as a self-employed plasterer for months.

There was no official referee in charge of the game.

So the opposition team manager had stood in as the referee.

He admitted on the day that his player should have been sent off if it had been an official match.

But he later tried to deny ever saying that.

Mulderrigs took on Tim’s claim against the insurers for the opposing player.

The offending player denied any wrongdoing.

So we brought court proceedings on Tim’s behalf.

The other player and his team mates came to court and tried to suggest it was a 50-50 challenge.

But after a two-day trial a judge decided in favour of our client.

We then entered into negotiations about the amount of compensation Tim should receive.

The valuation of the claim was based on his serious injuries and his long period of lost earnings as a self-employed plasterer.

And after some lengthy negotiations Tim’s claims was eventually settled for £160,000.