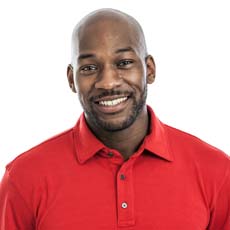 He has always been a keen player and he was playing in Sunday Veterans League at the time of his injury.

Dave received the ball during the first few minutes and passed it on to a team mate.

The ball was long gone when an opposing player made a dangerous challenge.

The challenge hit Dave high on his standing left leg above the ankle.

It resulted in the offender getting a straight red card and sent off the field for Serious Foul Play.

But it also left Dave with a fractured ankle.

He had to undergo surgery the following day to correct the fractures.

Dave was away from his job as a youth worker for several months.

He then had to have another operation to have some of the screws removed.

Mulderrigs took on his claim against the insurance company.

Paul Mulderrig travelled to Humberside to get detailed witness statements from Dave and his team mates.

Dave was delighted when the insurance company admitted that the other player was at fault – that’s pretty unusual in our experience of football injury claims.

We then obtained expert medical evidence about Dave’s injury.

And once the evidence was available we helped Dave reach a settlement of £45,000.