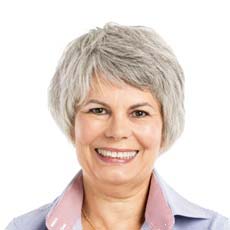 Mrs Louis from Cheshire was involved in a dental negligence claim against a private dentist in Manchester.

She visited the dentist to have a cracked tooth repaired and was told she needed to have a crown fitted in order to fix the problem.

But the dentist failed to take into account some previous root canal work and was left in severe pain.

Mrs Louis returned to the dentist on several occasions but continued to have pain in her tooth.

But the dentist couldn’t solve the problem, so she sought a second opinion,

The new dentist took x-rays and discovered that her previous root canal treatment had been disturbed.

Mrs Louis’ previous dentist should have performed these x-rays before treating her.

But he negligently failed to do so.

Mrs Louis underwent treatment with her new dentist to clean out her root canal and put a new crown on her tooth.

Mrs Louis’ asked Mulderrigs to pursue her claim against the negligent dentist.

We sent a detailed Letter of Claim and the insurers quickly admitted liability.

Mrs Louis then accepted  a settlement offer which included compensation for her distress and repayment of all the money she had spent.