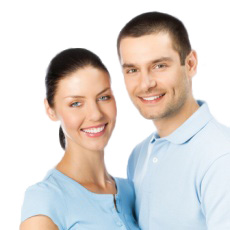 Mr & Mrs Crilly from Bacup, Lancashire  were both involved in dental negligence claims against the same dentist.

They had to find a new NHS dentist when their usual dentist retired, and ended up being treated by a dentist in Bury.

Mrs Crilly had work done on three fillings and four crowns, but after the treatment food kept getting stuck behind both the fillings and the crowns.

Her teeth were left feeling very rough on the inside and also appeared to be too long as they kept catching on her lip, which left her feeling very self-conscious.

Although the insurers for the dentist denied all liability, we issued court proceedings and helped our client recover £3,000 for the pain and distress she had suffered.

In a case of lightning striking twice, Mr Crilly had a similarly disastrous experience at the hands of the same negligent dentist.

We took on his dental negligence claim and helped him recover £3,700 for his injuries.

Fortunately, both Mr and Mrs Crilly later managed to have all of the substandard work corrected by a competent NHS dentist.