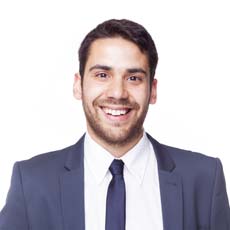 Mr Lehman from Rossendale had been considering dental implants to improve his smile.

His own dentist recommended a “specialist” private cosmetic dentist in Manchester city centre.

The cosmetic dentist recommended four implants and said he could carry out the treatment over a short period of time with no problems.

So Mr Lehman agreed to go ahead.

One of Mr Lehman’s teeth which shouldn’t have been affected by the treatment had to be moved to enable the implants to fit.

The dentist also drilled into that tooth causing damage to the tooth and the nerves.

Mr Lehman then had to undergo very painful root canal work to fix the damage and was left with an odd shaped crown.

The dentist then claimed that the treatment was finished.

But some of the implants were too large and didn’t fit properly. They felt rough and food got stuck behind them.

He complained to the dentist and he offered to do some corrective treatment.

But by this time our client had been to the practice about 20 times.

He was fed up with having repeated treatment and he had lost all faith in the cosmetic dentist.

Mr Lehman then approached Joanne Smith to ask about making a dental negligence claim against the dentist.

A dental implants claim can be complex.

But we have the necessary expertise.

So we agreed to take on the case and act on “no win no fee” terms.

Mr Lehman told us that if the risks had been explained in the first place he would never have gone ahead.

He gave a very detailed statement of his evidence.

An independent dental expert also prepared a detailed report in support of the claim.

The expert made a number of criticisms.

Mr Lehman had not properly consented to the work that was done because the treatment and the risks involved had never been properly explained to him.

The cosmetic dentist had never had a proper treatment plan in place.

We sent a detailed Letter of Claim to the cosmetic dentist but he denied that there had been any negligence.

So we brought court proceedings for our client and got ready for a trial.

The dentist finally agreed to some negotiations once he realised that our client was determined to pursue the case to a trial.

We arranged a Joint Settlement Meeting arranged so that negotiations could take place.

Mr Lehman then accepted an offer of  £30,000 to cover compensation for the damage which had been done and the cost of any further treatment.