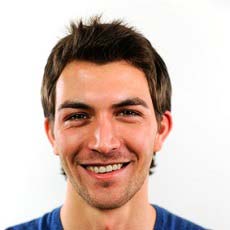 Mr Dearing asked Mulderrigs to deal with his cycling accident.

He is a keen cyclist who commutes into Central London on his bicycle every day along the busy  A207.

Mr Dearing was riding along a busy stretch through Bexleyheath one day and there was a stationary van blocking his path.

So he moved around the van but the front wheel of his bike jolted very sharply in a sunken manhole cover.

The front forks of the bike snapped and Mr Dearing was thrown to the ground.

Everyone knows that the state of some of our roads is a disgrace.

Potholes and sunken manholes cause lots of serious accidents, particularly for cyclists and motorcyclists.

But even so, these claims can be very difficult to prove.

The council have a legal duty to maintain the highway.

But it is only a duty to be reasonable… not perfect!

They can defend claims if they can prove that they operate a reasonable system of inspection and repair.

Mr Dearing’s photographs from the scene proved that the manhole was badly defective.

An expert engineer prepared a report.

He agreed the manhole was dangerous and ought to have been repaired much sooner.

So we brought a claim against the local council.

But they denied liability.

They said their system for inspections and repairs was reasonable.

So we issued court proceedings and the case proceeded right to the day of trial.

On the morning of the trial the barrister for the defendant began some last minute negotiations.

As a result Mr Dearing agreed to settle his claim for £7000.

He was very pleased with the result.

In his feedback form he said:

“Joanne Smith & Mulderrigs have my utmost gratitude for sticking out until the end and getting me the result I had hoped for. I couldn’t be happier”.